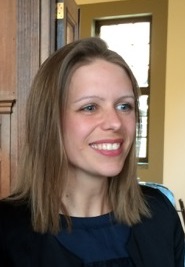 On June 24, 2015, Sandra Knuiman became Doctor of Philosophy at the Faculty of Social Sciences at Utrecht University. The title of her dissertation is: ‘Development of children adopted from Poland: The role of early life risk factors, fetal alcohol spectrum disorders and parenting’.


To study the development and behaviour of children adopted from Poland in relation to early life risk factors and parenting, Sandra Knuiman conducted an empirical study at two time points: at on average six and eight years after adoption. In her dissertation, there is special attention for fetal alcohol spectrum disorders (FASD), a continuum of conditions that occur as a consequence of prenatal exposure to alcohol. The participants were 133 Dutch children adopted from Poland in the period from 1999 to 2006 and their adoptive parents (73% response). On average the children were three years old at adoption .

After adoption to the Netherlands, many children adopted from Poland were found to show behavioural problems, both internalizing and externalizing, as well as cognitive problems. On average six years after adoption, clinical levels of behavioural problems were four times more prevalent than in a Dutch norm group. Prior to adoption, the children were exposed to a multitude of early life risk factors. In particular, children who were known to have a history of abuse were at risk for behavioural problems after adoption. Two other important risk factors that were prevalent in children adopted from Poland were neglect and prenatal exposure to alcohol.

A specific concern among Polish adoptees is FASD, because of its high prevalence and the associated developmental difficulties and long-term adaptation problems. On average eight years after adoption, 31% of the children adopted from Poland were diagnosed with FASD. In addition, the adoptive parents of 21% of the children suspected FASD. Another important finding was that the adoptive parents were at increased risk for parenting stress. In particular children’s externalizing behavioural problems were associated with more parenting stress. On the other hand, high parenting satisfaction was present as well, possibly buffering parenting stress.

To request the full dissertation or for more information you can contact Dr. Sandra Knuiman: s.knuiman@uu.nl, 0031-30-2534804